On April 21st Samsung published a press text promising the arrival of new 600MP sensors for camera phones. South Korean tech giant added that the sensor is capable of capturing more detail than the human eye.

What we know so far about Samsung 600MP camera sensor:

Yongin Park, EVP, Head of Sensor Business Team at Samsung started the blog post by reminding us how recent advancements in mobile photography have changed our lives, “Whip out your mobile camera to immortalize a delectable-looking meal, to record your latest dance moves, or even just when you’re having a good hair day, and you’re ready to share your images with friends right away.”

He added that the human eye has a resolution of roughly 500 megapixels (Mp) – most DSLRs have resolution of 12-40 Mp – and that there is still a long way to matching human seeing capabilities.

Samsung is not only developing image sensors, but is also working on sensors that can register smells or tastes. 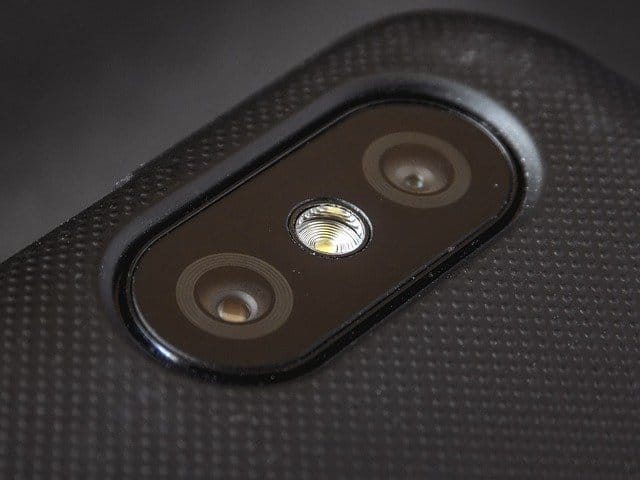 “In 2019, Samsung was also the first to introduce image sensors based on 0.7μm pixels. The industry had considered 0.8μm as the smallest possible size pixels could be reduced to, but to our engineers, ‘technological limitations’ are just another challenge that motivates their innovation”, Y. Park boasted.

He concluded by these technology improvements are also expected to emerge in fields such as autonomous vehicles, IoT, and drones.

He also added, “Through relentless innovation, we are determined to open up endless possibilities in pixel technologies that might even deliver image sensors that can capture more detail than the human eye.”

Developing a 600 Mp sensor for a smartphone might sound absurd at first, especially because these images would be mostly viewed on 4K screens at best.

There is, however, much more to it.

Oftentimes innovation may seem redundant at first, at least to vast majority, since we cannot comprehend the advantages it brings. However, as soon it becomes advantageous to us we are all for it.

Let me remind you of a semi-famous quote by Bill Gates from early 1980’s, “640K is more memory than anyone will ever need on a computer,“. To put this in context: 640KB RAM is 25,000-times less than my average spec desktop with 16 GB RAM, and Chrome still hungers for more.

I believe that this advancement in technology will become a standard for camera sensors in a year or two and that we should pay attention to Samsung as the push ahead.

This is full Samsung text:

Taking pictures or videos throughout the day has become part of our normal lifestyles and no longer done just to capture special events. Whip out your mobile camera to immortalize a delectable-looking meal, to record your latest dance moves, or even just when you’re having a good hair day, and you’re ready to share your images with friends right away. These seamless experiences have become possible thanks to remarkable advancements in recent mobile photography, and at the very heart of this revolution is the mobile chips that transform light into digital data – image sensors.

The image sensors we ourselves perceive the world through – our eyes – are said to match a resolution of around 500 megapixels (Mp). Compared to most DSLR cameras today that offer 40Mp resolution and flagship smartphones with 12Mp, we as an industry still have a long way to go to be able to match human perception capabilities.

Simply putting as many pixels as possible together into a sensor might seem like the easy fix, but this would result in a massive image sensor that takes over the entirety of a device. In order to fit millions of pixels in today’s smartphones that feature other cutting-edge specs like high screen-to-body ratios and slim designs, pixels inevitably have to shrink so that sensors can be as compact as possible.

On the flip side, smaller pixels can result in fuzzy or dull pictures, due to the smaller area that each pixel receives light information from. The impasse between the number of pixels a sensor has and pixels’ sizes has become a balancing act that requires solid technological prowess.

Cutting-Edge Pixel Technologies
Drawing from the technology leadership and experience our memory business possesses, Samsung has been managing to expertly navigate this balance in our image sensors. In May 2019, we were able to announce the industry’s first 64Mp sensor, and just six months later, brought 108Mp sensors to the market.

For our latest 108Mp image sensor, the ISOCELL Bright HM1, we implemented our proprietary ‘Nonacell technology,’ which dramatically increases the amount of light absorption pixels are capable of. Compared to previous Tetracell technology which features a 2×2 array, the 3×3 pixel structure of Nonacell technology allows, for instance, nine 0.8μm pixels to function as one 2.4-μm pixel. This also mitigates the issue raised by low-light settings where light information is often scarce.

In 2019, Samsung was also the first to introduce image sensors based on 0.7μm pixels. The industry had considered 0.8μm as the smallest possible size pixels could be reduced to, but to our engineers, ‘technological limitations’ are just another challenge that motivates their innovation.

Sensors that Go Beyond Our Senses
Most cameras today can only take pictures that are visible to the human eye at wavelengths between 450 and 750 nanometers (nm). Sensors able to detect light wavelengths outside of that range are hard to come by, but their use can benefit a wide range of areas. For example, image sensors equipped for ultraviolet light perception can be used for diagnosing skin cancer by capturing pictures to showcase healthy cells and cancerous cells in different colors. Infrared image sensors can also be harnessed for more efficient quality control in agriculture and other industries. Somewhere in the future, we might even be able to have sensors that can see microbes not visible to the naked eye.

Not only are we developing image sensors, but we are also looking into other types of sensors that can register smells or tastes. Sensors that even go beyond human senses will soon become an integral part of our daily lives, and we are excited by the potential such sensors have to make the invisible visible and help people by going beyond what our own senses are capable of.

Aiming for 600Mp for All
To date, the major applications for image sensors have been in the smartphones field, but this is expected to expand soon into other rapidly-emerging fields such as autonomous vehicles, IoT and drones. Samsung is proud to have been leading the small-pixel, high-resolution sensor trend that will continue through 2020 and beyond, and is prepared to ride the next wave of technological innovation with a comprehensive product portfolio that addresses the diverse needs of device manufacturers. Through relentless innovation, we are determined to open up endless possibilities in pixel technologies that might even deliver image sensors that can capture more detail than the human eye.

Matic Broz is a photographer, graphic designer, and stock photographer. For over ten years he's been helping photographers improve their photos and graphic designers find the best images for their designs. His work has been featured by Lifewire, Skylum, and PetaPixel. In his free time, he enjoys photography, hiking, and petting random dogs. Read more

Information provided on Photutorial is for educational purposes only. Your situation is unique and the products and services we review may not be right for your circumstances. We do not offer financial advice, nor do we recommend or advise individuals to buy or sell particular stocks or services. Performance information may have changed since the time of publication. Past performance is not indicative of future results.

Photutorial adheres to strict editorial integrity standards. To the best of our knowledge, all content is accurate as of the date posted, though offers contained herein may no longer be available. The opinions expressed are the author’s alone and have not been provided, approved, or otherwise endorsed by our partners.